The Road Not Taken  (Narrative on the Life & Times of Iranian Feda’i Guerrillas) Vol.1

For a careful and comprehensive study of the Organization of the Iranian People’s Feda’i Guerrillas (OIPFG) from its inception to the fall of the Shah’s regime on February 11, 1979, two well-known Iranian historians, both living in exile requested a number of ex-members of the OIPFG to record their daily life in struggle in the 1970’s. They also asked scholars and experts in social and political history, labor movement and the arts and letters to appraise the impact of the Guerilla Movement on poetry, short stories, cinema, theatre and music, prior to the Iranian Revolution of 1979.
ISBN: 978-0-9980861-2-5 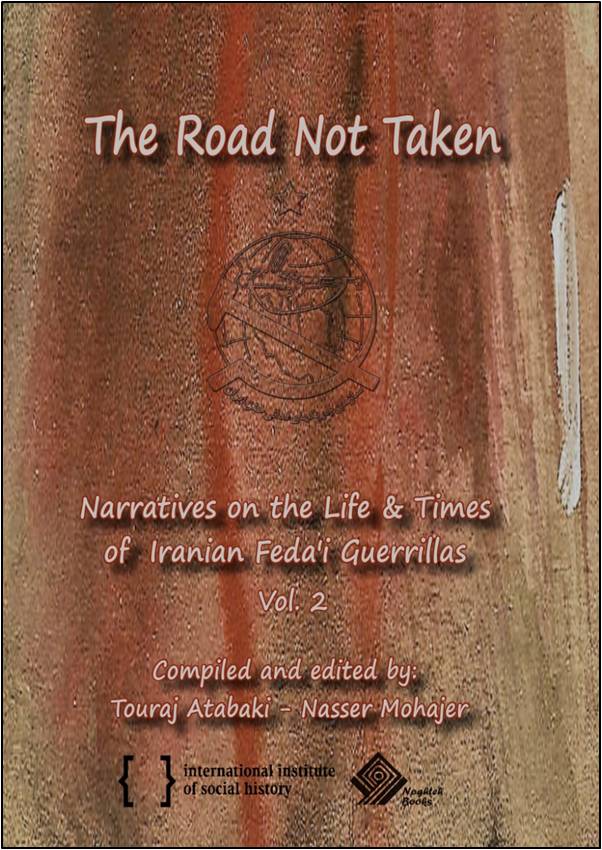 The Road Not Taken  (Narrative on the Life & Times of Iranian Feda’i Guerrillas) Vol.2

The ties of the OIPFG with the workers movement, its organic relationship with the student movement and liaison with the prison network affiliated with the Feda’ian are narrated by both female and male members and sympathizers of the Organization. So is day to day life in the safe houses of the Fedai’s.
The editors would have wished to include a narrative on the National and Ethnic question in Iran, as well as the rapport with members of non-Muslim communities in the country. But the could not “fill this gap unfortunately”.
The long list of contributors to this two-volume work attests to the editor’s commitment to pluralism and polyphonic historiography. They did their best to give voice to a rainbow of different perspectives and narratives for the better understanding of the historical phenomena named the Feda’i Guerrillas. ISBN: 978-0-9980861-3-2