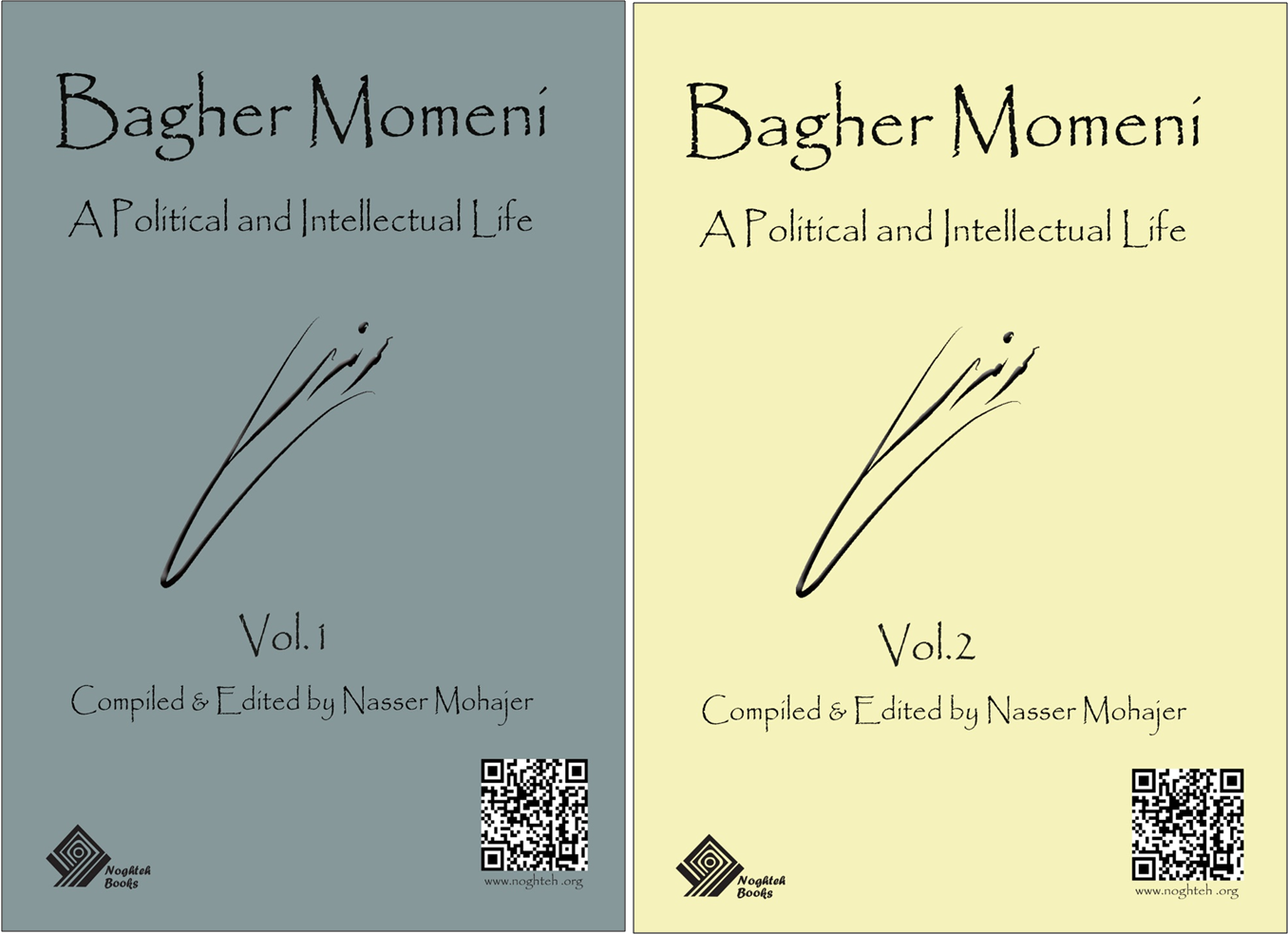 The life and times of Bagher Momeni as a researcher of history, writer, literary critic, translator and political activist are compiled in these two volumes.

The first volume contains narratives of the personal, political and intellectual life of Bagher Momeni, from the perspective of his relatives, friends, and comrades. This volume begins with the selected notes from his older brother and younger sister. Then his former comrades discuss his involvement with and activism in the Tudeh Party from 1941 to 1943. Read more.
The second volume contains the writings of Bagher Momeni, from his first notes dated 1942 to selected political articles that he wrote for the publications of the Tudeh Party up to the August 19, 1953 coup d’état. His accomplishments after the coup are also recounted in numerous works, including poetry, historical inquiries, translations, historical explorations, literary critiques, Islamic studies, and explorations in exile and biographies of friends – published for the first time. Read more. 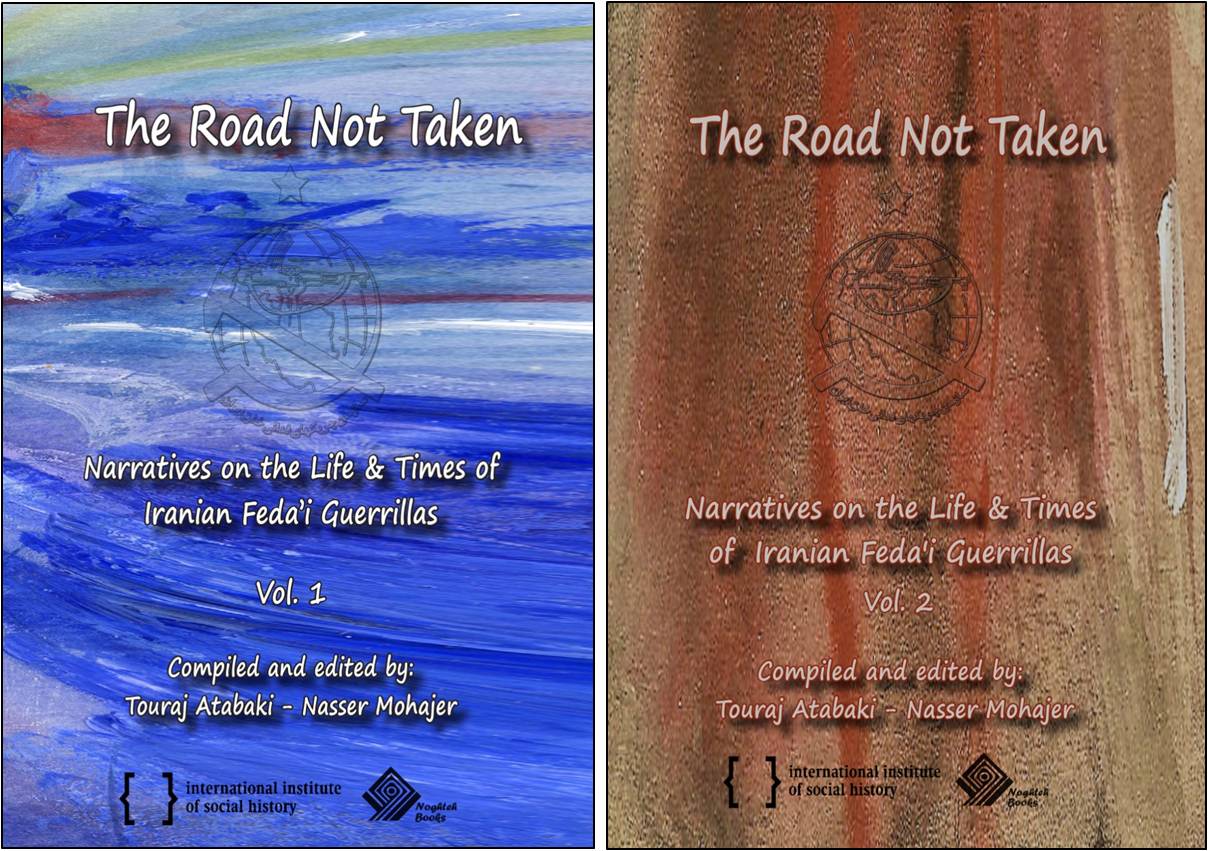 A study of the Organization of the Iranian People’s Feda’i Guerrillas (OIPFG) from its inception to the fall of the Shah’s regime on February 11, 1979, its ties with the workers movement, its organic relationship with the student movement and day to day life in the safe houses. Read more. 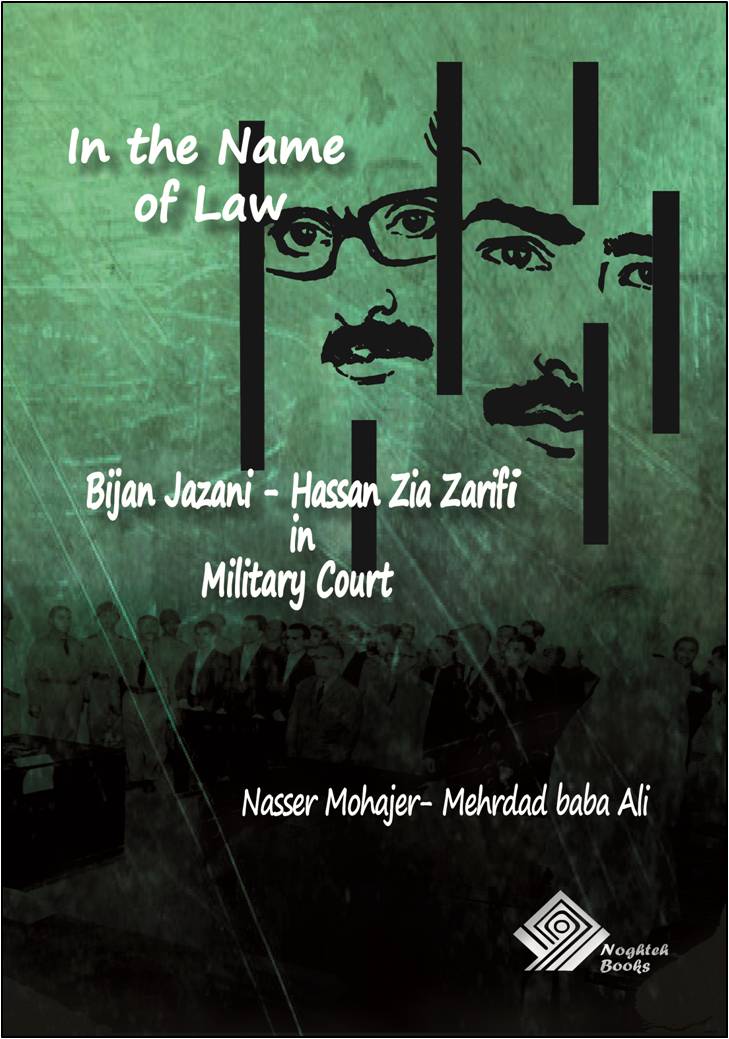 A case study of the arrest and trial of Bijan Jazani, Hassan Zia Zarifi and other twelve members of a newly formed revolutionary group which later became one of the two pillars of the Iranian Peoples Feda’i Guerrillas. This exceptional trial that lasted from Dec. 30, 1968 till Feb. 27, 1969 is considered as one of the most important political trials of the 1960’s in Iran. Read more. 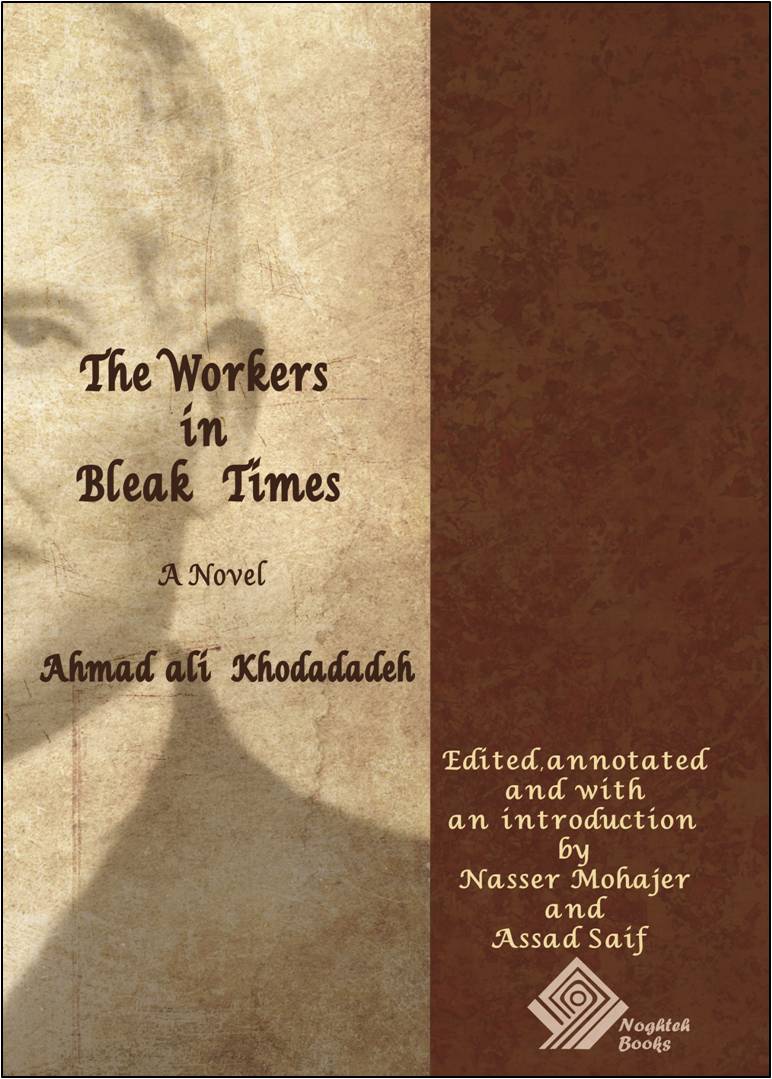 The Workers in Bleak Times

Published in the second decade of the twentieth century, This book is the first novel of the Iranian workers’ literature. According to its author Ahmad Ali Khodadadeh, this novel is more than just a story, it is about the living conditions of Iran around a century and a half ago. Read more. 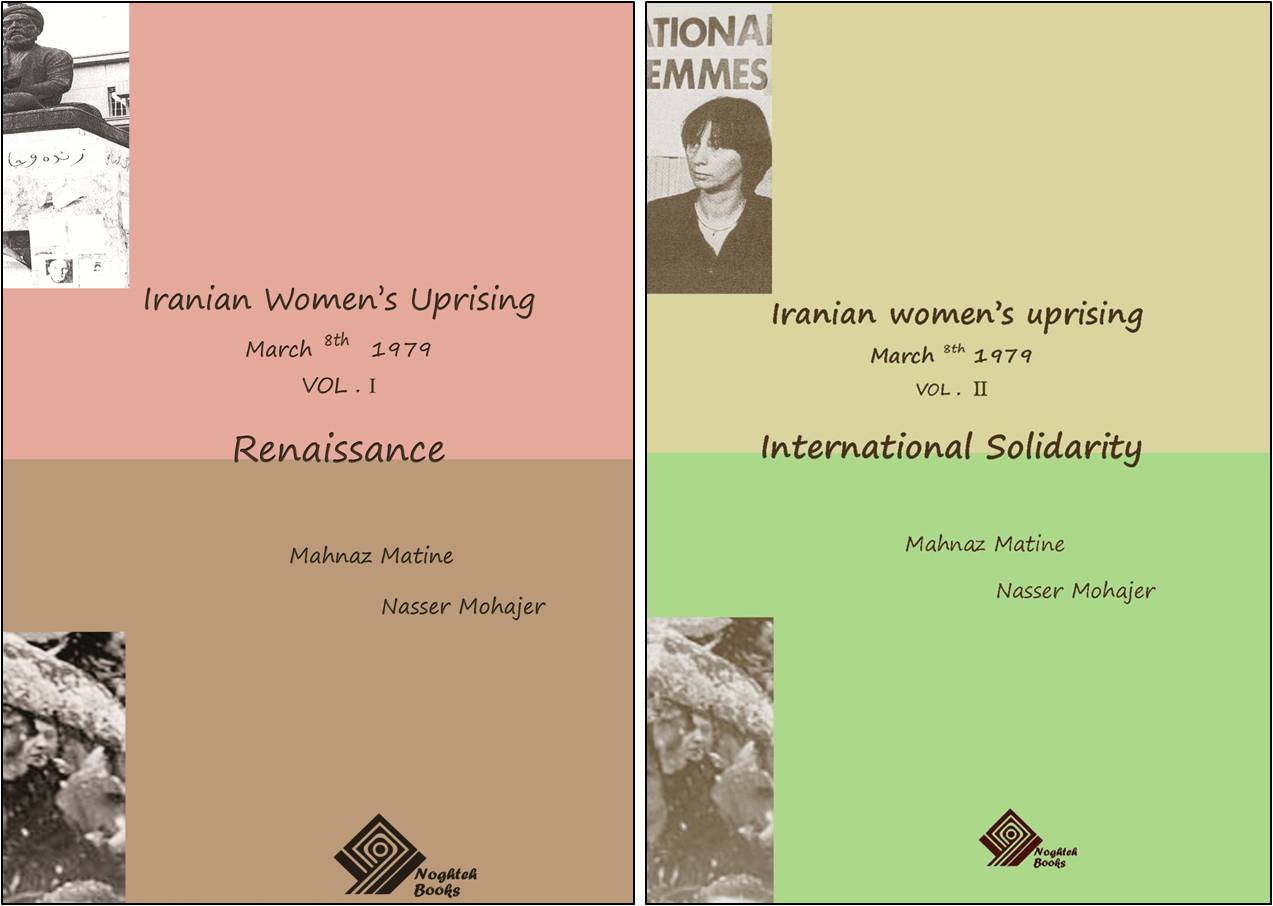 This two-volume book is the untold account of the March 8, 1979 peaceful uprising of the Iranian women, pouring into the streets of Tehran protesting against Ayatollah Khomeini’s call for mandatory veiling of Iranian women working in the public sector and educational institutions. This first massive protest movement to the rule of Shiite clergy and the Islamization of Iran, was soon joined by women and also men of six major cities throughout the country and lasted for six days. Read more. 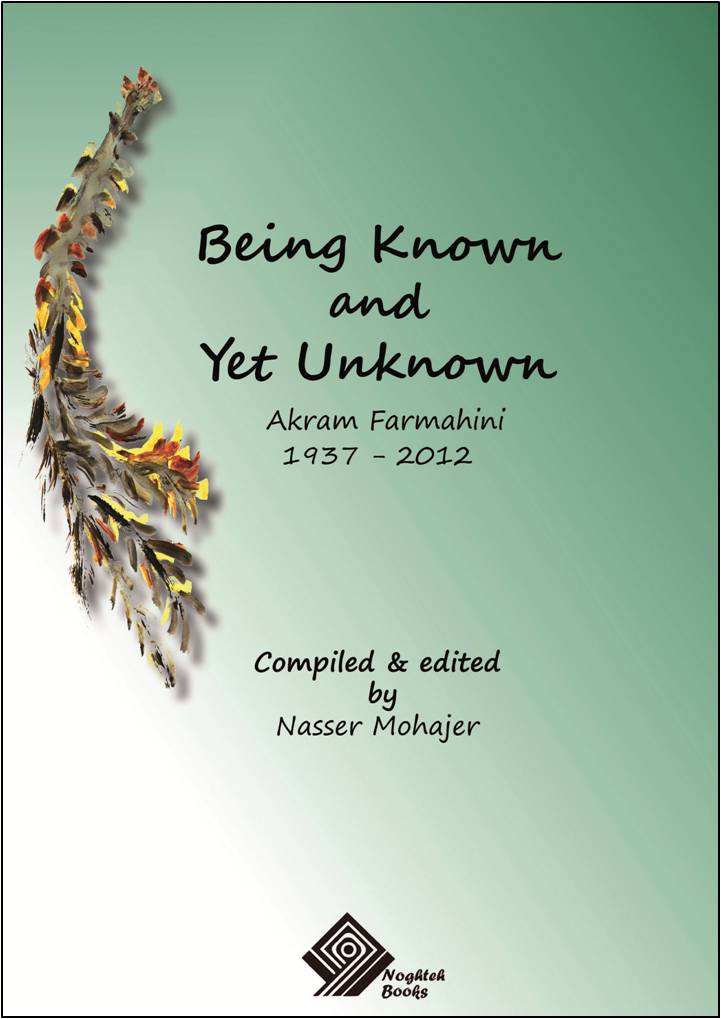 Being Known and Yet Unknown

Being Known and Yet Unknown not only introduces the reader to the persona of a female artist, but through different narratives of her life, it depicts achievements as well as obstacles for the advancement of the educated urban middle-class women in the context of the hundred-year transformation of women’s socio-economic conditions specially during the rule of Shah Mohammad Reza Pahlavi. Read more. 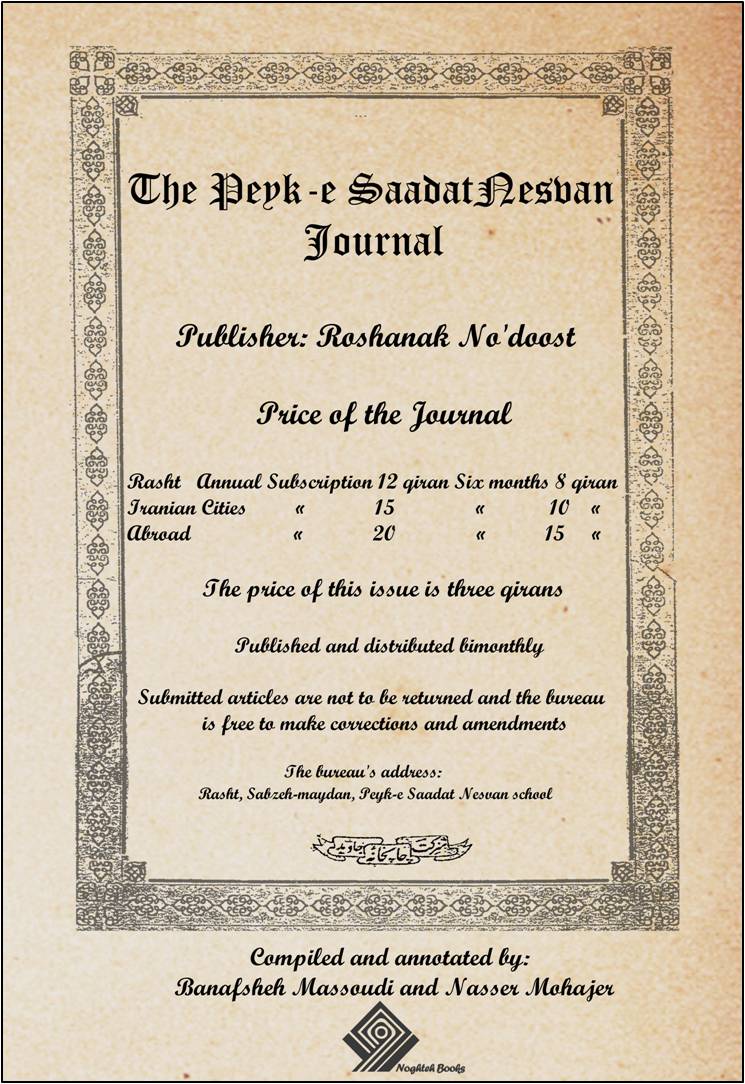 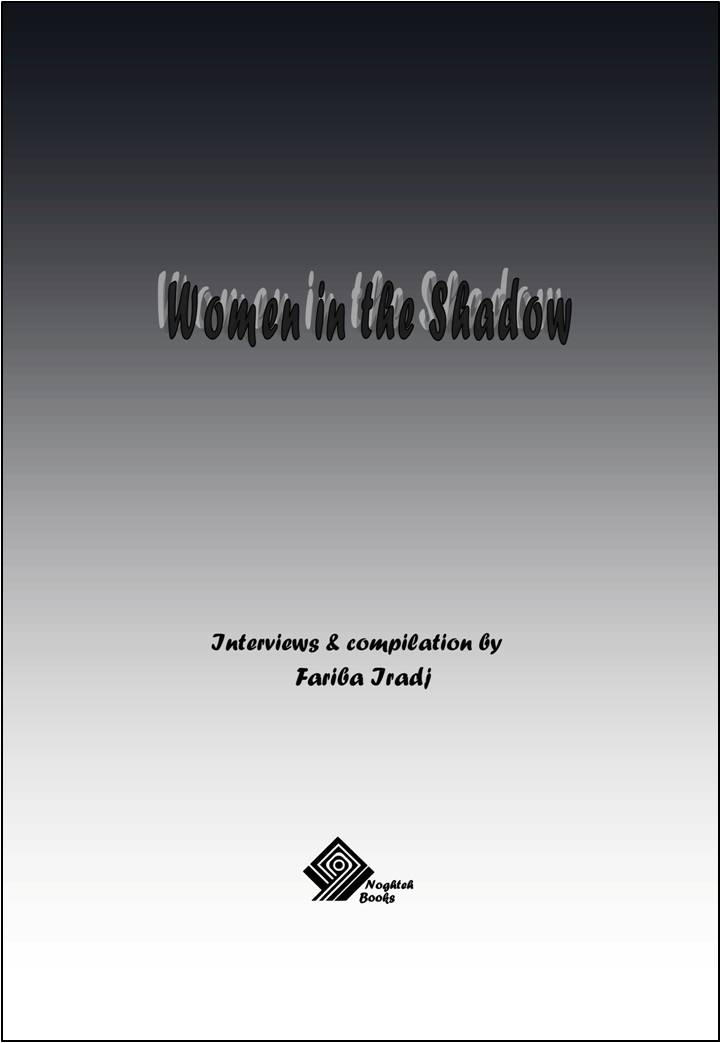 Women in the Shadow

Five young women from one of the provinces in Iran, whose husbands were either imprisoned or executed during the rampant repression of the 1980s, recounted their traumatic experiences with Fariba Iraj. First one on one, and then in a group everyone shared their stories. Read more. 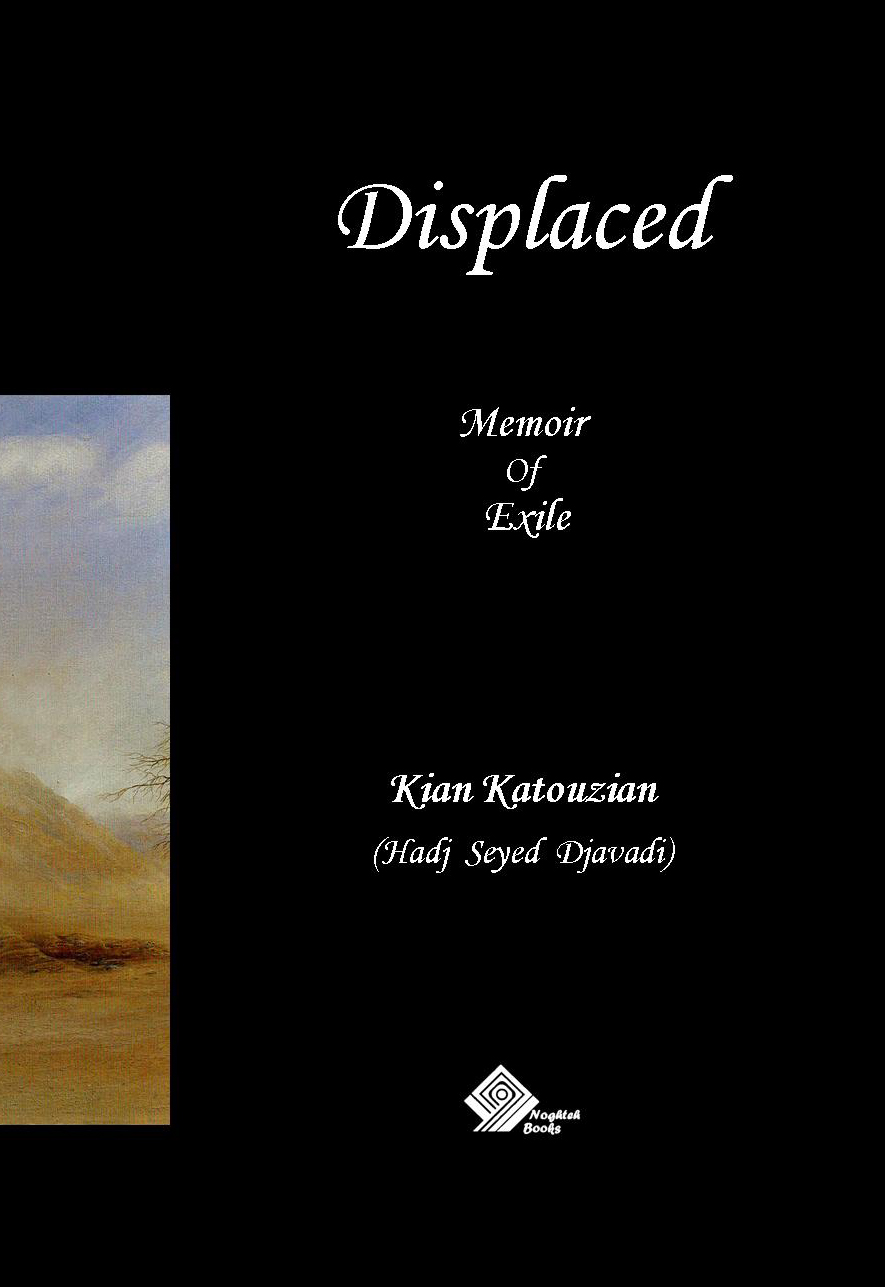 The memoirs of the life in exile of Ms. Katouzian, this book is indispensable for the understanding of the sorrows and joys, as well as the triumphs and setbacks experienced by Iranian intellectuals who were in the opposition to the emerging theocracy in the early 1980’s and ultimately had to flee their beloved country after the fundamentalist forces decided to extinguish all voices of dissent. Read more. 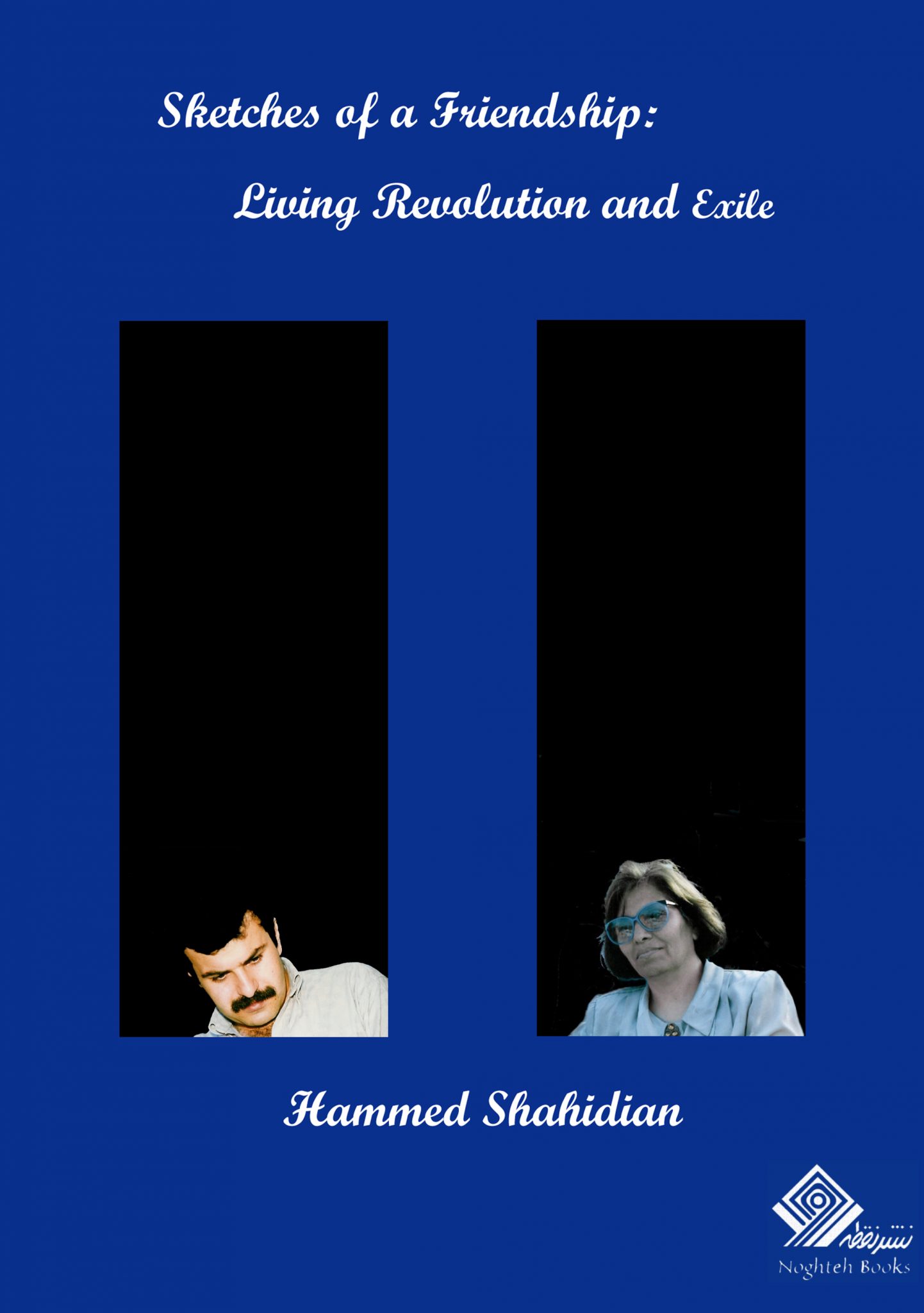 Sketches of a Friendship  (Living Revolution and Exile)

This book represents the late prominent sociologist, Hamed Shahidian’s (1938-1993) reflections on his relationship with a friend and mentor, Toosi Tabatabaei. It is a compressed impression of exchange of ideas between two thinkers regarding gender relations in Iranian society (past and future). It is a rigorous probe of concepts such as love, literature, revolution, intellectuality and the agency of intellectuals and life in exile.
The book is bilingual (English and Persian). Read more. 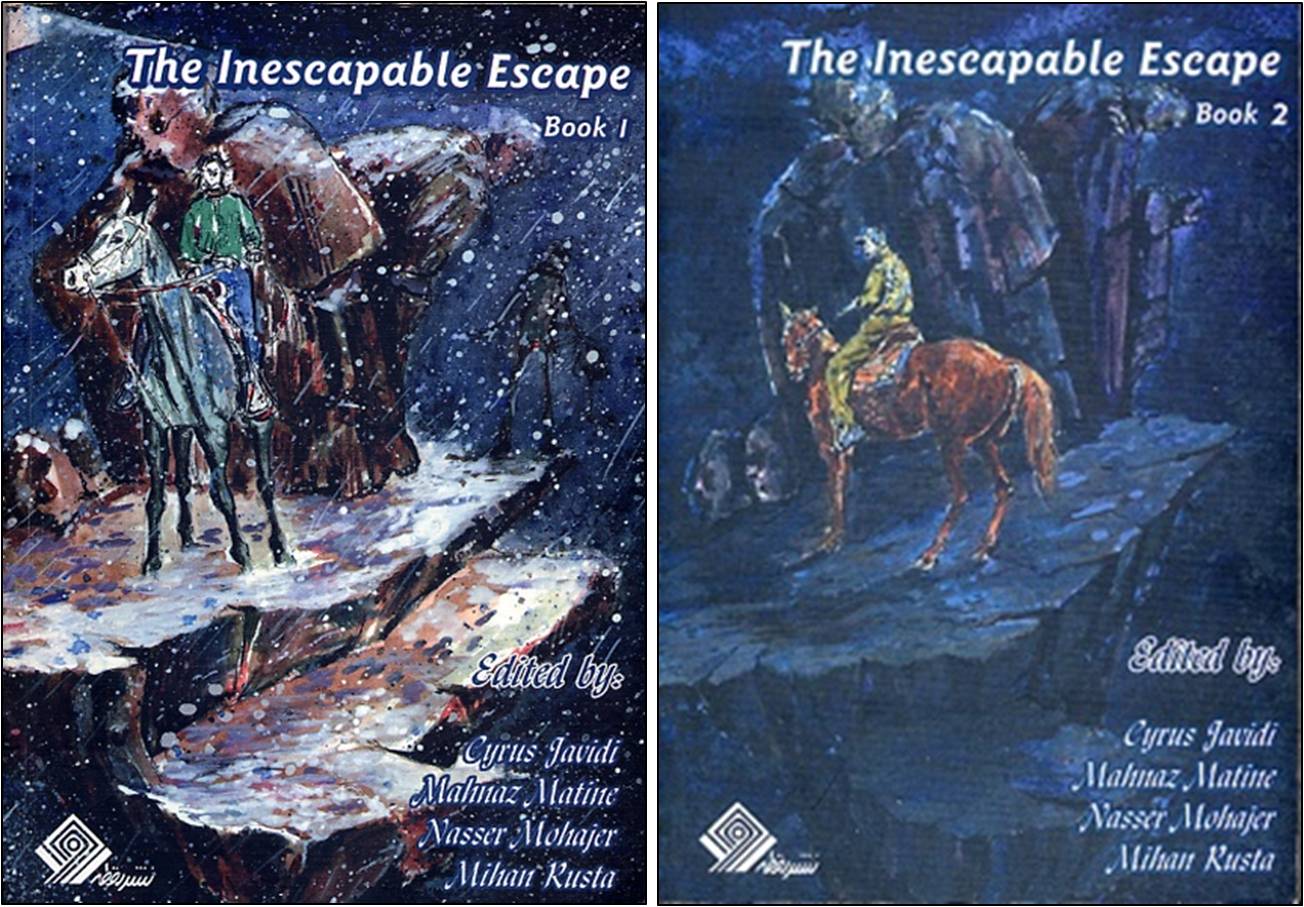 In this two-volume book, thirty men and women of all ages and walks of life with diverse political and religious believes talk about their motivations for fleeing Iran. The protagonists have fled Iran through different borders, seeking asylum in different countries. Read more. 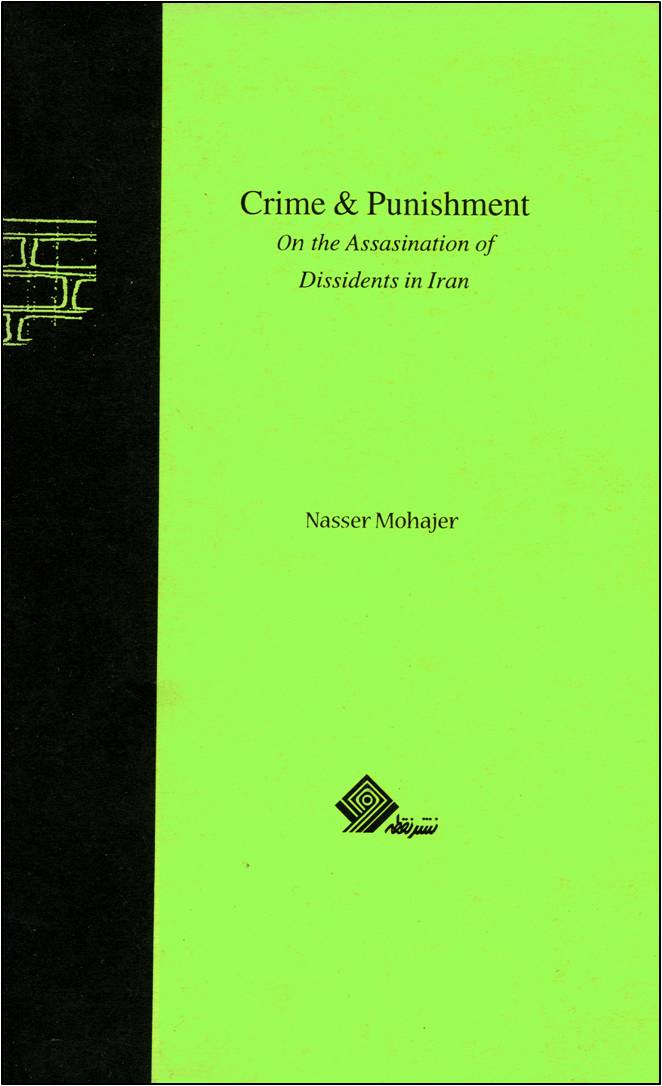 Crime & Punishment  (On the Assassination of Dissidents in Iran)

One essay in this book in great detail describes how the “chain murders” of the …. were carried, based on detailed and careful examination of accessible evidences. The other essay is an investigative inquiry into the circumstances and context of Hojjat-Al-Islam Khatami’s rise to power – during whose terms these serial assassinations occurred. Read more. 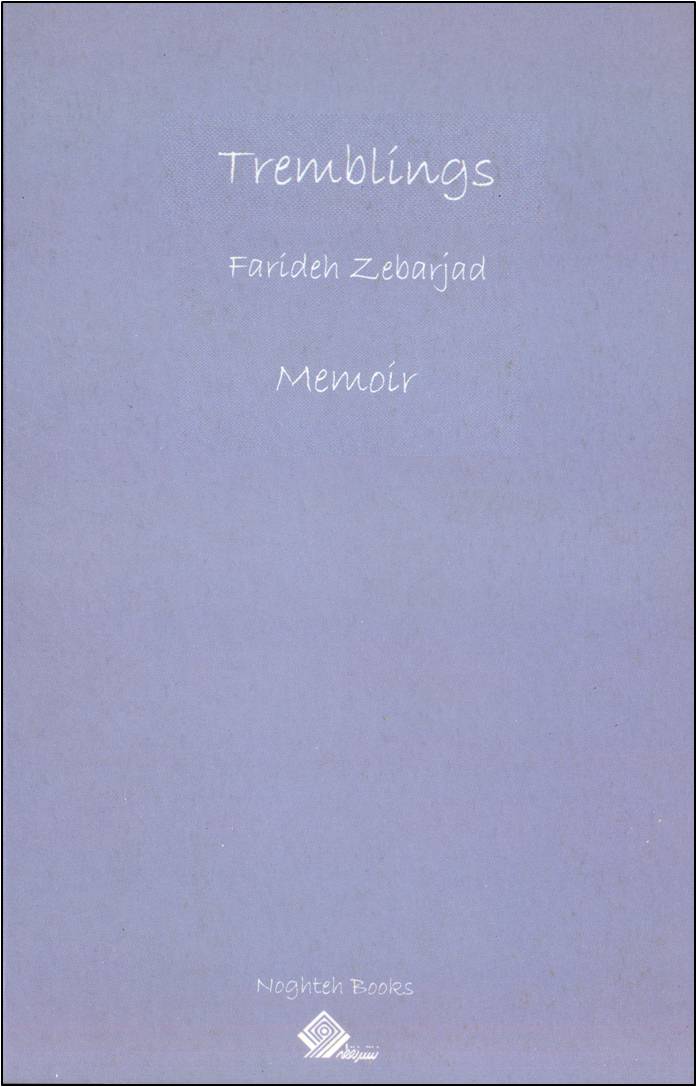 This book captures the author’s life experiences in the 80’s and 90’s; But at the same time, her life resembles the lives of many women of her generation. A young generation who lived the experience of the 1979 Revolution with immense passion, but soon became disillusioned by the outcome of the Revolutions. Read more. 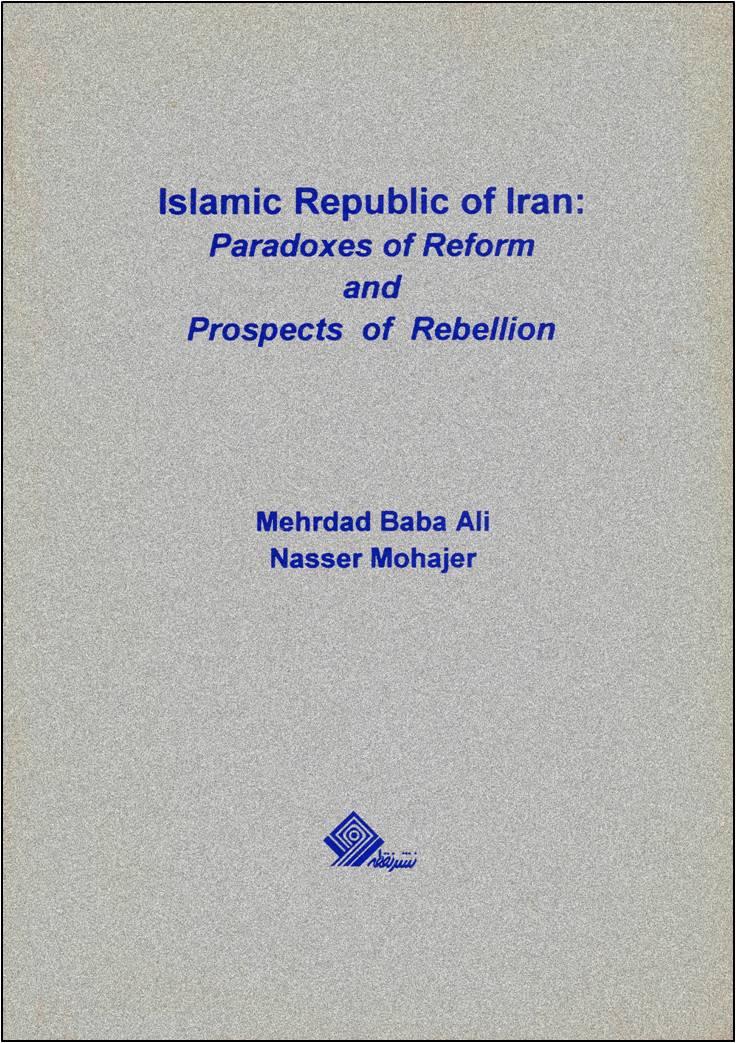 Islamic Republic of Iran  (Paradoxes of Reform and Prospects of Rebellion)

The question of reform and revolution, different types and plans of reform and the relationship between reform and qualitative evolution (overhaul) of the system is the first focus of this book. The second part of the study deals with the history of reform in the Islamic Republic of Iran (IRI), the course of its evolution and finally the failure of the idea of “reform from within”. The third section of this booklet is dedicated to the question of “regime change” and how this strategy is perceived by the existing spectrum of those opposing the IRI. Read more. 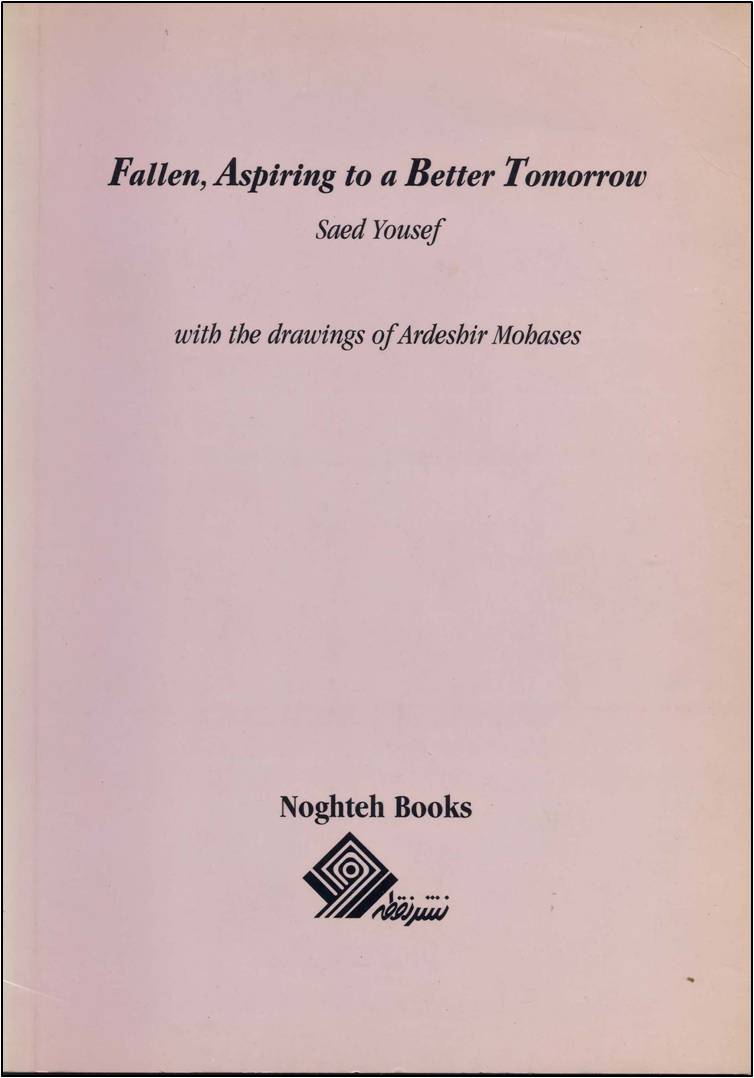 Fallen, Aspiring to a Better Tomorrow  (With the Drawings of Ardeshir Mohases)

The “Bereft of life, in hope of a fresh start” ode is our prominent poet visit of the Slaughterhouse/Abattoir and his versified elegy for the/that Massacre in a dramatic style. Read more. 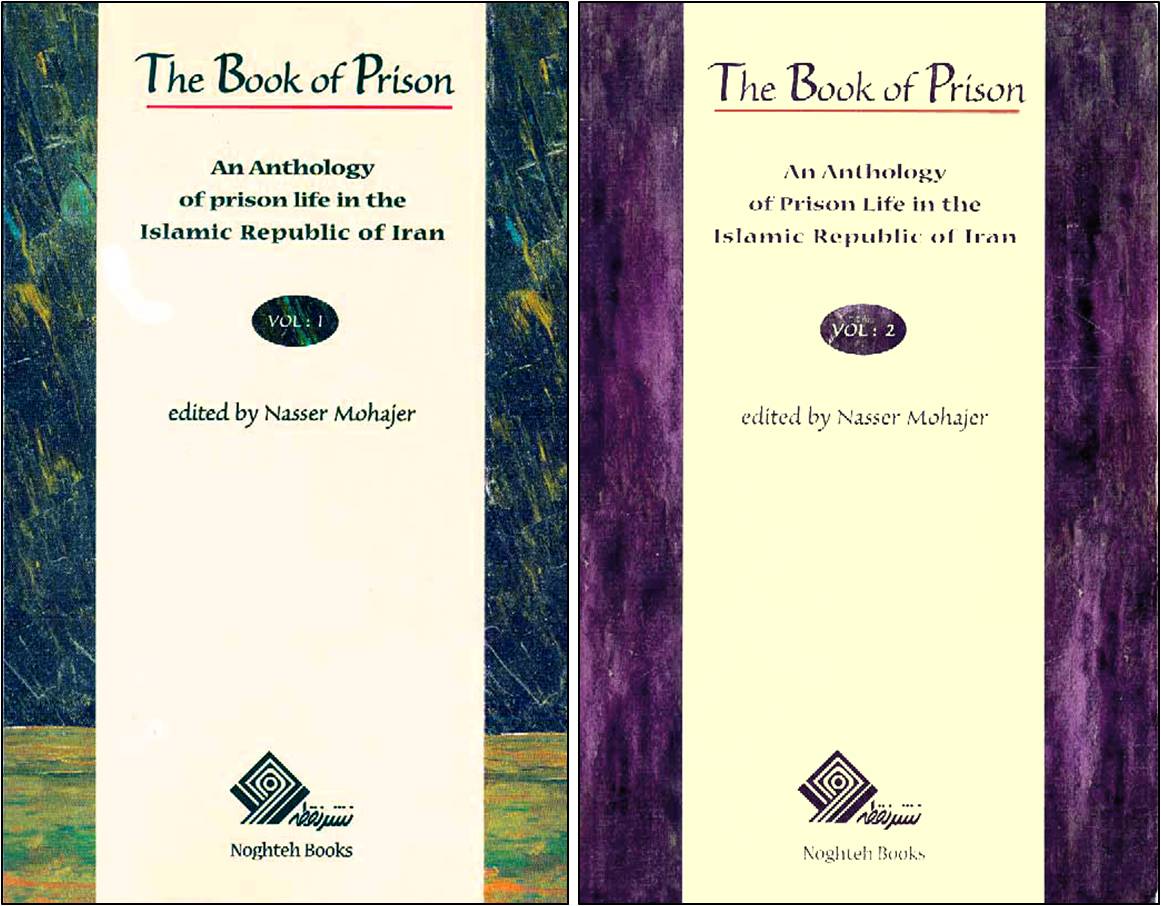 The Book of Prison  (An Anthology of Priosn Life in the Islamic Republic of Iran), Vol.1&2

This book is a collection of two volumes which aims to provide a comprehensive account of the prison system and the experience of incarceration in the Islamic Republic period. From 1979 to the present day, the prison system has been a continuous element in the contention between the state and dissident forces, as well as contrast within the state elites themselves. Nearly all political movements which have been active in Iran during these past four decades have experienced jail as an essential element of their activities and very existence. This experience has been defined by the worst forms of imposition of prison practices, from the extensive use of torture to obtain confessions, through to systematic extra judicial capital punishment, especially in 1981 to 1988. The present compilation seeks, at times starkly, to raise awareness on these issues for a wider Persian audience. Its editor, Nasser Mohajer, is of the belief that the persecution of individuals on political and expression grounds will continue as long as the general awareness of related prison practices will remain limited. Read more. 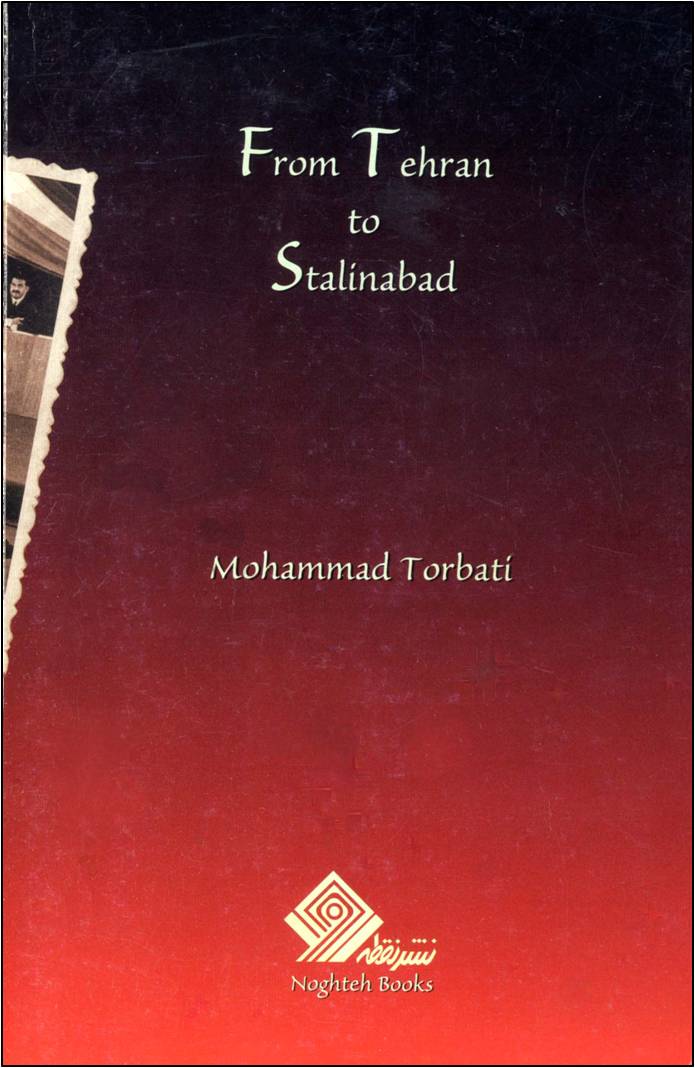 From Tehran to Stalinabad  (Mohammad Torbati)

This book is Mohammad Torbati’s memoirs of 50 years of political activity within and without Iran’s Tudeh Party. He joined this pro-Moscow left wing party in the year 1943. He was forced to live underground after the 1953 military coup against the democratic government of Dr. Mohammad Mossadegh. Read more. 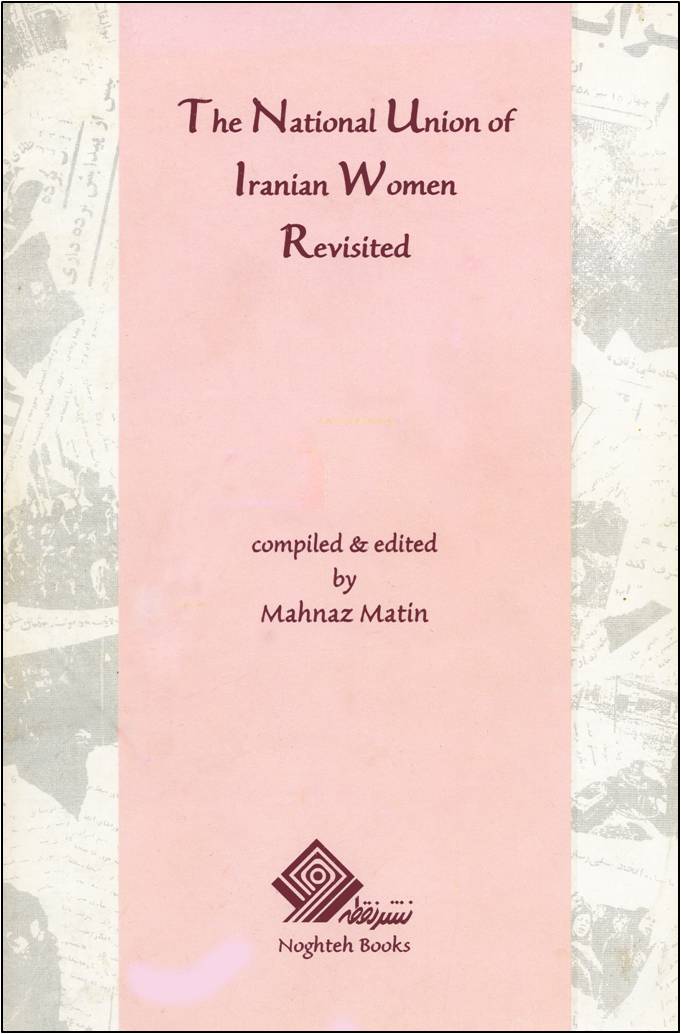 The theme of this book is about the formation and activities of the National Union of Iranian Women, which was founded a few weeks after the 1979 February Revolution of Iran. Most of the founders of NUIW were left-leaning women educated in North America and Western Europe and active in the struggle against the Shah’s dictatorial regime. The NUIW was dissolved after the onslaught of the Islamic Republic on all democratic forces of the country in June 1981. Read more. 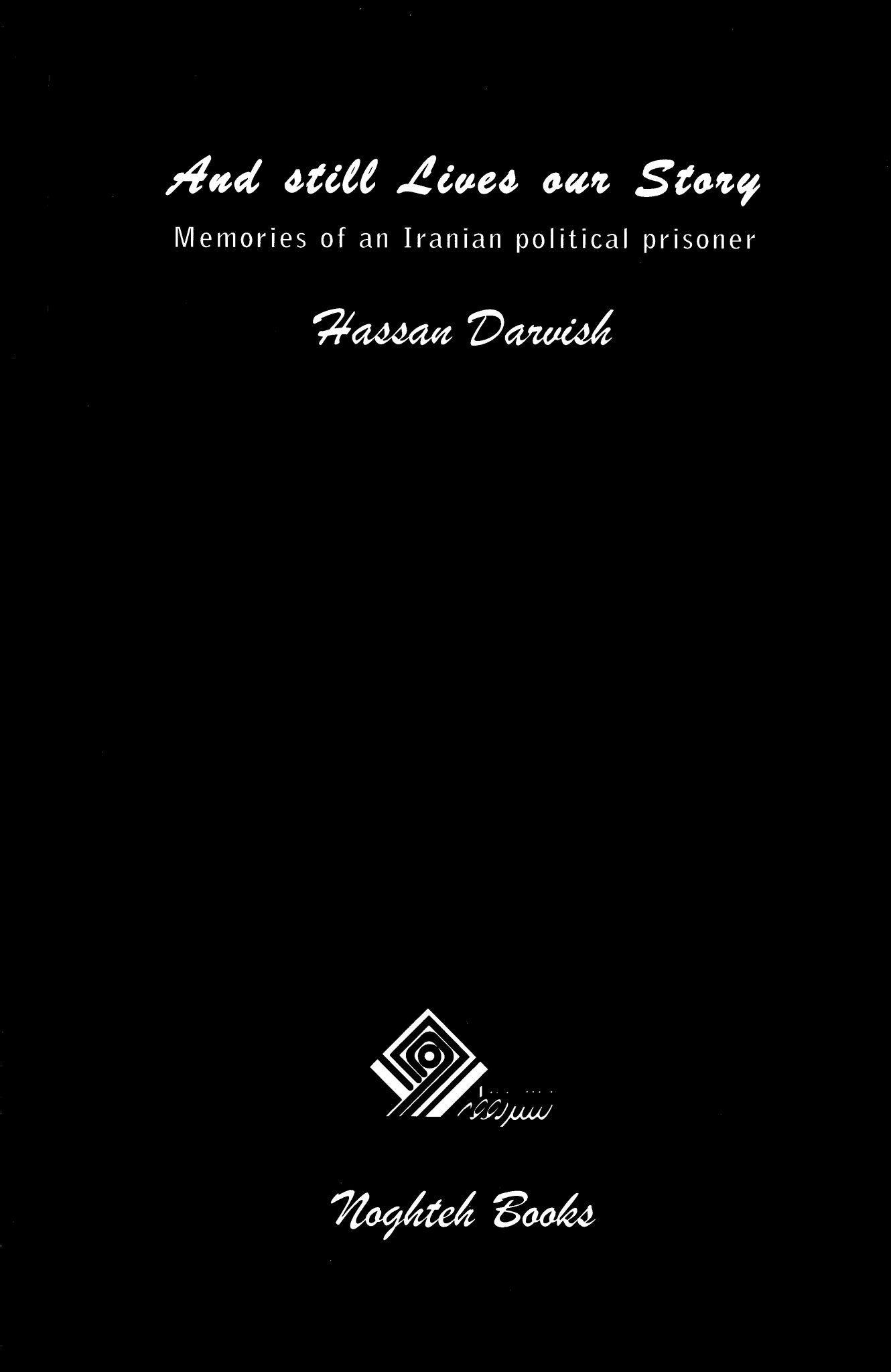 And Still Lives Our Story  (Memories of an Iranian Political Prisoner)

In this book Hassan Darvish has recounted his prison memoirs in a creative and unclassical way. He was imprisoned by the Islamic Republic of Iran from 1982 to 1984 in “Vakil Abad” and the “Central Committee” detention center in the city of Mashad. While detailing his ordeal in prison, he also writes about his life before and after imprisonment. Read more. 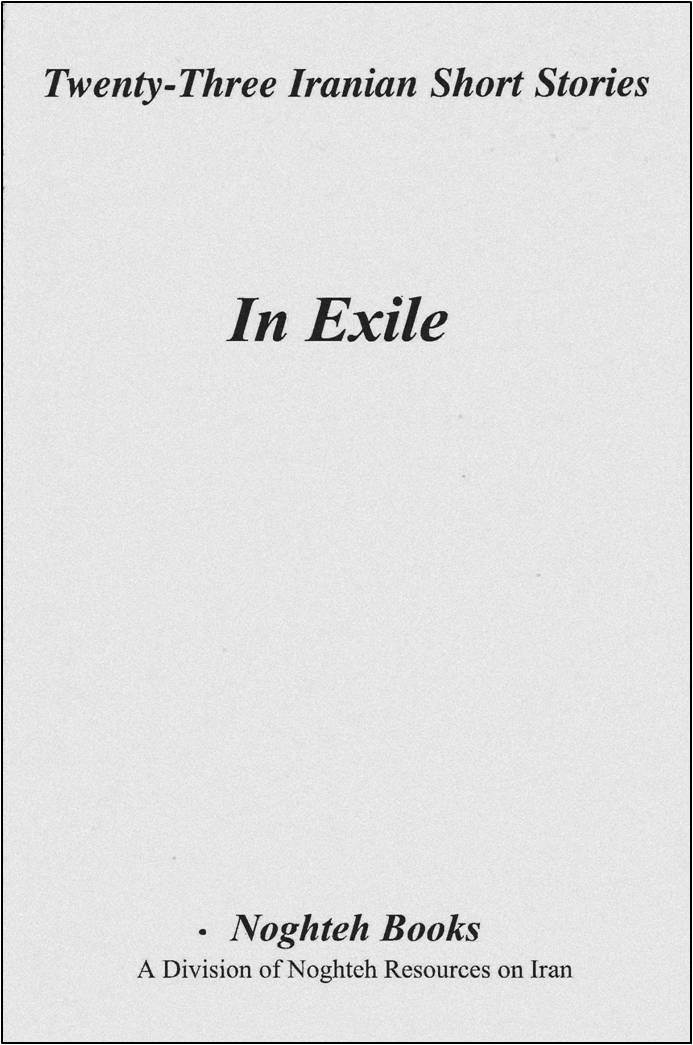 In this collection, 23 Iranian writers who accepted the call-for-entries by Nasser Mohajer, have recounted stories of life under the theocratic regime of Iran and why people were forced to leave their country and loved ones to seek political asylum in foreign lands. The life and times of political dissidents, nonconformists and non-Muslims are narrated in the labyrinth of displacement. Read more.